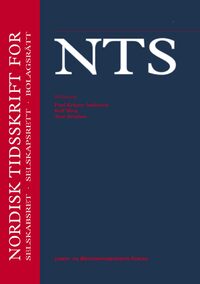 IntheUK Listing Review it is suggested that the LSE should allow companies with dual class share (DCS) structures to list on the Premium segment. In this paper, we discuss this proposal. First, we present an overview of the DCS-debate together with the proposition in the Review to allow for DCS-listings under certain conditions. Second, we discuss the arguments that are made against DCS-listing. We then give an overview of the Swedish DCS-regulation and the political economy. From there, we discuss the conditions for DCS-listing recommended in the Review. Our conclusion is that several of the DCS-listing conditions suggested might not only hinder DCS-structures from being useful for companies that wish to utilize such structures but would in several cases disable the corporate governance mechanisms that would otherwise counteract several of the problems that DCS-structures can give rise to, most prominently the market for corporate control.

. Professor at Gothenburg University. We thank Professor Paul Davies, University of Oxford, for his helpful comments and suggestions.

The concept of an undertaking plays an important role in determining who can be imposed either a fine for an infringement of TFEU Art. 101(1)/102 or a reimbursement claim of state aid granted contrary to TFEU Art. 108(3). These fines and reimbursement claims must as a rule be imposed on the natural/legal person(s), who operated the undertaking at the time, when EU competition law was infringed, or when the unlawful state aid was granted. If the undertaking subsequently has been sold in whole or in part, the natural/legal person(s), who have bought all or part of the company, may, however, in exceptional circumstances be held liable.

Firstly, the article analyses and compares the criteria of EU law that determine, who – after an asset sale or a share sale – is liable for a fine or a reimbursement claim and illustrates the criteria in figures. It is shown that the legal position prior to a sale is parallel between fines and reimbursement claims, since the natural/legal person(s), who operated the undertaking, which infringed Art. 101(1)/102 or received state aid in violation of Art. 108(3), is liable. However, this parallelism partly ceases if the undertaking is sold. A universal criterion is that the buyer must assume (the majority of) the undertaking, but the additional criteria differ in conformity with the purpose of a fine and a reimbursement claim respectively.

Secondly, the article emphasizes how these criteria of EU law has affected Danish law due to the ECN+ Directive, which requires, among other things, all EU Member States to apply the criteria of EU law, when imposing fines for infringements of TFEU Art. 101(1)/102. It is shown that the implementation of the directive has had the significant consequence that buyer liability is now more likely than it has previously been. The ECN+ Directive does not require the implementation of the criteria of EU law regarding who should be imposed a reimbursement claim of state aid granted contrary to TFEU Art. 108(3), but arguments are put forward in favor for why the EU law requirements even so will be used in Danish Law instead of the current criteria.

Thephenomenon of contingent liabilities involves risks for limited companies and their creditors, as shown in the first article (I). All five of the different Nordic legal regulations provide scope for handling transactions that have a negative impact on the company and its creditors. The company law regulations can be used to limit the possibilities of making such transactions with valid effect. This second article (II) presents three analyses. One analysis concerns the systems of rules in the various Nordic regulations and the impact the system can have for the handling of the legal issues. The second analysis concerns normative statements made regarding the effects of contingent liabilities for the circumstances in one of the jurisdictions, the Swedish. That analysis shows that the statements provide support for the conclusion that contingent liabilities should be seen to have a negative impact. The third analysis shows how the Swedish regulation could be used to counteract the negative effects of contingent liabilities. To underline the relevance of the knowledge contributed by the analyses in the two articles, this article ends with an explanation.

The new agreement regulating the future relations between the EU and the UK entered into force by 1 January 2021. The agreement aims to allow the UK to remain on the fringe of the internal market. The agreement provides for an extensive free movement of goods, however, the free movement it provides to companies is more limited. The article outlines which companies can benefit from the right to make investments (including establishments) and to provide services, and it outlines the protection given to these companies when they perform such activities. It points out where the free movement of companies is most clearly diminished and furthermore, some issues that are likely to attract attention in the years to come.

For a number of years, sustainable growth and green investments have been a priority on the European political agenda and the EU Commission has set out to make Europe the first climate- neutral continent in 2050. If the EU is to meet this ambitious target, it will take a huge effort from not only Member States but also private businesses and investors. Thus, the EU Commission has initiated an enabling framework for private investors and the public sector to facilitate sustainable investments. A key element in the green transformation is the 2020 Regulation on the establishment of a framework to facilitate sustainable investment (the sustainable taxonomy), which sets a standard for how to identify environmentally sustainable economic activities. Another key element is private entities’ disclosure on how and to what extent their activities are associated with economic activities that qualify as environmentally sustainable as well as financial market participants’ disclosure of sustainability-related information in regard to the financial products they design and offer. The 2019 Regulation on sustainability‐related disclosures in the financial services sector regulates the latter. First, this article gives an overview of the two frameworks in order to analyse the disclosure regimes set out for companies and financial market participants. Second, it applies the new obligations to existing legislative measures, such as MiFID II and sector regulation and discusses how the new obligations call for amendments to the existing frameworks. The article concludes that the new sustainability‐related obligations are rather comprehensive, and that compliance with the obligations are complicated by the fact that while many of the obligations apply from 10 March 2021 the detailed level two regulation is still not in place.

The purpose of the paper is to illustrate alternative preference share models, notably structures frequently used in private equity and venture capital, and analyze key corporate and financing law issues. The paper describes preference share models ranging from traditional dividend focused structures and defensive “subordinated debt” type structures to more aggressive structures protecting investors while also providing for an upside in case of success. It is explained what purposes the different models can serve. The paper further compares the models with certain pertinent issues in the Danish Companies Act. The majority requirements for issuing preference shares are discussed, and the author on this point challenges predominant views, which – according to the author – are based on an exceedingly rigid and undesirable application of the principle of equal treatment of shareholders. The paper finally goes through the requirements for redeeming preference shares.