”Regulating competition in the EU” is a complete edition themewise in English that includes most areas of which, the lawyer who deals with competition law will meet. The book illustrates the traditional parts of competition law and describes other judicial phenomena that plays a crucial role in the behaviour of companies and public authorities on the market. It uses a broader focus than traditional works of competition law. Quite uniquely, every chapter in this book can be read separately and thus it can be used as an encyclopedia and tool. The authors supplies with rich and relevant examples that guides the reader to a better understanding of the many laws, that forms the competition law in EU. 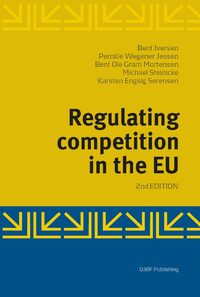